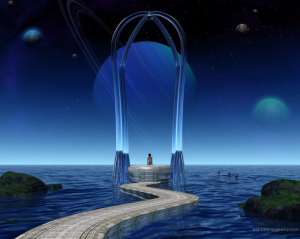 In the Fall of 2010, I wrote an article entitled “The Nexus Approaches”, regarding the galactic alignment of 2012 and the role the Dark Lords were playing in destabilizing the Earth prior to this powerful alignment. I need to repost this article, in part, as the information, it seems, is still crucial due to some of our most recent current events. In a nutshell lets take a look at a couple of areas…

*the economy is wackier than ever with a slew of global resignations occurring at the highest levels in the banking world, trillions of dollars in fake financial transfers & bonds, and the facts rolling out that the US is actually in way worse economic shape than the Greeks (so why pick on the Greeks?),

*the environment is still under hell and high water as mass animal deaths continue to occur globally (look at this rolling list of animal die-offs in 2012 alone http://watchful-servant.blogspot.com/p/2012-die-offs.html), radiation from Fukushima has far exceeded levels measured at Chernobyl when evacuations were demanded and the Gulf of Mexico’s oil fiasco is far from over, but we seem to be immune to these facts anymore,

*world safety is at a heightened state with war and rumours of more war… I made the mistake of watching a video newscast from Syria where the atrocities I witnessed are, to say the least, heartbreaking, and I could not fully digest that I am still living on a planet where such archaic behaviour is actually accepted. I realized I have had the good fortune to live in an extremely privileged and beautiful world (a protected garden of sorts) that actually exists in the midst of extreme world chaos & turmoil.

I find it necessary to revisit our global decay in light of new information released by two important & respectable lightworkers (Aluna Joy and Barbara Marciniak) whose information is beautifully preparing us for an imminent & extreme shift into the 5th World, as prophesied by all indigenous cultures.

“From that 1987 date until now”, Mr. Barrios says, “we have been in a time when the right arm of the materialistic world is disappearing, slowly but inexorably. We are at the cusp of the era when peace begins, and people live in harmony with Mother Earth. We are no longer in the World of the Fourth Sun, but we are not yet in the World of the Fifth Sun. This is the time in-between, the time of transition.

“As we pass through transition there is a colossal, global convergence of environmental destruction, social chaos, war, and ongoing Earth changes. All this, Mr. Barrios says, was foreseen via the simple, spiral mathematics of the Mayan calendars. It will change, Mr. Barrios observes. Everything will change. He said Mayan Daykeepers view the Dec. 21, 2012 date as a rebirth, the start of the World of the Fifth Sun. It will be the start of a new era resulting from — and signified by — the solar meridian crossing the galactic equator, and the earth aligning itself with the center of the galaxy.” Carlos Barrios, Mayan Datekeeper

26,000 years ago, the galactic center of the Milky Way emitted an enormous energetic wave we have come to call the Nexus. It does this every 26,000 years, as they say, there is nothing new under the sun. This emissions are what have caused the tumultuous transitions from each of our previous world eras. If you are not familiar with these facts, simply research indigenous tribes and their 1st, 2nd, 3rd, 4th, and soon to be 5th worlds. It is their belief that their have been 5 worlds, each and every preceding world has ended in global upheaval, always heralded by a divine counting system of 5,125 years or so, that is actually keeping a ticktock beat to the 26,000 year galactic alignment. We just so happen to be approaching the 5th of these alignments (hence, the 5th world of peace). This is the grand finale of the play!

What was released all that time ago will soon reach our earth in full strength. The Nexus has its own personal rhythm and does take some time to cross the galaxies and skies. I believe its arrival correlates to the Mayan Long Count End Date of December 2012. Afterall, the center of the Milky Way is where the Maya believe their Creator Hunab Ku resides. Our Creator has sent out an energy impulse, this Supreme Being is blowing us/creation a kiss. Unfortunately, our consciousness resides too far away from our original empowered selves to simply receive that kiss in bliss.

That incoming energy is meant to completely change our world, in other words, to wake us all up to who we are: infinite Gods and Goddesses with incredible abilities and powers. This incoming beam of bluish-white light will alter and restore our DNA from its current state which only uses 3% of its capacities to a renewed state of 100% remembrance. Translated: 97% of what scientist call junk DNA will be reactivated. WoW…a jolt of electricity that courses through our veins, awakening our souls and minds. No one is going to escape this phenomena. Thank you Hunab Ku!

“The human race is headed towards a great change, many spirits will return to the stars and something magnificent is going to happen!” Astral Walker

Ready for the magnificent? Take a peak at Aluna Joy’s most recent article http://www.kachina.net/~alunajoy/2012-feb19.html

When I originally wrote The Nexus Approaches, we were deeply embedded in a war with the Dark Lords. Things have dramatically shifted since then and I am happy to report the Operation Victory was indeed a success. “Continue on in your fight against those who have oppressed you and who wish to enslave you, and we will continue our fight on our front lines. We will never retreat, and we will never desert you. We will together succeed in this epic struggle, and the forces of Light will prevail against the forces of darkness. So it has been written. And so it shall be.”
We are the Galactic Federation of Light.

And, to confirm that I do not live in lala looloo land, take the time to watch Barbara Marciniak’s most recent video, where she clearly gives us a piece of Earth history with these so-called Dark Lords…

The benevolent ET’s, the light ones, are calling us home and their bioluminescent blue-white light is the signal. You can feel this with your heart. I most recently had a PremaBirthing Session (a type of rebirthing where the Ascended Masters welcome you to Earth in a reprogramming of one’s original birth story (trauma)). My heavenly Mother was a very benevolent Lady dressed in royal blue ropes. I couldn’t quite wrap my mind around who it was… Mary Magdalene, Mother Mary, The Lady of Guadalupe. What does it matte? Her energy was safe, compassionate and filled with unconditional love.

Let us recall the last sign in the Hopi prophecy which states that a blue planet from the Heavens will crash into Earth causing earth destruction, this last sign is what all elders are awaiting as our entry into the 5th world. Possibly, it is not a planet, but an energy wave: the Nexus?

Lightwalkers, we are going home now. We have felt the Nexus approaching for years, even if we could or could not put words to it. Our Creator desires our remembrance and this collective shift to magnificence is welcome. Stay in your heart, the Dark Lords will lose power, we will live in a world dreamed upon by the visionaries, masters and avatars of our history. It is promised and all is well!

We are closer than ever…Our Nexus Approaches

onward and forward in these most pivotal times,
I send out my blessings,
Navajo